Her antique and balmy voice captivates your ears; the colours of her oriental energy paint ornaments inside your soul; and the calm warmth of her performance contrasting the rhythm of her melody, leaves you at the mercy of a peaceful musical crescendo. Kalia’s voice will charm your senses and take you back to the ancient stages in Greece and Asia Minor, performing music composed by traditions and tuned by a breath of history.

Kalia Baklitzanaki is a professional singer and nay player,performing traditional vocal music from the Eastern Mediterranean and Middle East. Although her musical heart seems to be attached to her Greek homeland,the island of Crete, Kalia is half Greek, half English.

After finishing her studies of Ethnomusicology and Ethnochoreology, where she researched the relationship between music and dance in the Mediterranean and Middle East, Kalia moved to London. She works as a performer, singer, composer as well as a teacher of singing and playing one of the world’s oldest instruments-nay. Additionally, Kalia accompanies her singing with instruments such as percussion, kanoun, double bass, violin, guitar, as well as many other traditional instruments inspired by number of performances she did with many internationally known artists from all around the world.

What is Kalia’s source of inspiration? Where lies the magic of traditional music? How can you learn to play the ancient nay? Or how about having it 3D-printed at the comfort of your home, a recent project Kalia’s involved in? What is Skoog? How close or far are her future concerts and teaching workshops? You’ll find the answers to all these questions and even more in the interview with talented Kalia herself.

Where are the roots of your talent and love for music?

I grew up in Greece on the island of Crete, so I was very much in touch with traditions and with music taking place within wider cultural activities as part of dance, part of cycles of life like weddings, baptism and celebrating changing of the year seasons. Surprisingly, I am not from a musical family. My parents are scientists, but they really encouraged me in pursuing my musical interests.

Who influenced you the most ?

There were many musicians who influenced me, but in particular, there is a Greek musician called Domna Samiou. She is considered as a grandmother of the Greek music. She did a lot of field recording, she travelled around Greece and recorded local musicians. This way she preserved the musical traditions that otherwise would be lost.

What is your source of inspiration? Do you travel back to regions where your music originates to get inspiration for composing, or can you find a piece of your homeland in the middle of a rainy London?

Both being in a place and being away from the place inspire composition in a different way. When you are there, you are directly in touch with everything and it feels very alive and strong, because you are in that moment, in the mountains, near the sea with local people around you, so you have that stimulus. But when you are away, there is this nostalgia, and that creates a different form of inspiration.

There is a growing trend of countries’ need to identify, to set themselves over the other ones. But when it comes to music, as if all the barriers were gone, as if we all could be friends through music. Do you think traditional music has the power to bring cultures back together?

We need to preserve traditional music because it was created by our previous cultures and it was their way of expressing feelings and emotions. My music is a minority genre for much smaller audience. More people relate to pop culture now, but there will always be interest in traditional music because there is something very honest and very ancient in it. It has power to connect us to our past.

Do you think the traditional music will still have value in the future?

Traditional music does often become nationalistic, because people feel very proud about it and want to hide it from the rest of the world- But there are many other directions where artists try to find common elements between different music genres. To break the boundaries, rather than create borders. Because music doesn’t stop where the border stops. I find value in combining music from different cultures and collaborate with many foreign musicians, not being precious about owning some national music.

Have a little break from reading: Kalia-Roumbalia

You play one of the world’s oldest music instruments –nay. Nay players are seen on the wall paintings of the Egyptian pyramids, and well-known poet Rumi also used to mention this instrument it in his verses. Where lies the magic of nay?

The nay is considered to be three thousand years old if not older. And this makes it the oldest flute that is still played today in the same form, so that means there haven’t been any keys or any mouthpiece added. It’s just a plain reed with seven holes carved out and the reed made hollow in the middle. It’s pretty amazing such an old and primitive instrument is still being played nowadays in the same form. They tried to develop the nay by changing the keys and material, but in the end, the best version is the old one. 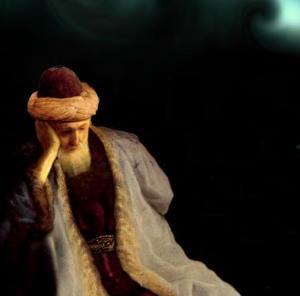 “Listen to the reed, how it complains  and tells a tale of separation pains. Ever since I was cut from the reed bed, my lament  has caused man and woman to moan.  I want a bosom torn my separation, to explain the pain of longing.  Everyone who is far from his source  longs for the time of being united with it once more.”

What are the challenges of teaching an instrument as old as nay?

A lot of students give up very quickly, because it’s an instrument that needs lot of patience at the beginning. You have to constantly hear yourself fail. A lot of adults don’t have this patience. We live in a time when we want to see quick results. On some instruments you can do this, you play the piano and you can immediately hear that beautiful sound. But it takes a long time until you can hear something really beautiful with nay, so until you get to that point, you need a lot of patience. And this translates into everyday life. If you learn to be patient at learning to play the instrument, you will be more patient in your life.

I am currently involved in a research project at the University of Cardiff called The God Article, where we’re printing a 3D nay and creating a programme for playing it. The aim of the project is to digitally fabricate a prototype ney through 3D printing and develop a program to enable the study of the instrument by students and teachers. We believe that in the future, a lot of things will be made in our homes with 3D printing, so why not to have musical instruments too.  We’ve printed a 3D nay with wires attached and the wires connected to the laptop,  depicting movements and breath.

You and another exceptionally talented musician Vasilis Sarikis have formed project called ‘Dunya Duo’, whose main aim is to spread music from this region. What made you to create it?

‘Dunya’ is the word that means ‘the world’ in many languages such as Greek or Turkish. It means “The People of the World”. Because we are partners in life, we thought we could be partners in music as well. Living together, we hear our music a lot, so we wanted to combine the instruments we play. We joined percussion with wind and voice, trying to find ways of playing this repertoire with a minimal assemble of just two of us.

You also teach and do workshops for children with special educational needs. What workshops/projects are you involved in?

Me and Vasilis have recently tried a new digital instrument called Skoog, which is a cube you plug into your computer and programme different sounds into it. Each surface of the cube can be programmed to a different sound, and this way children can experience playing music without having to learn the skills that would be required to play musical instrument, which is more complex for them. It’s great and the results come straightaway. These children are more spontaneous and less judgmental. They give priority to the joy from the moment of the creation rather than competing for its quality.

What are the next concerts/workshops/charity events where Londoners could see you in the upcoming months?

I have a two hour singing workshop on Saturday 7 June and one concert on Tuesday 10 June, both of them at the Green Note in Camden. This workshop will be looking at the traditional music of Asia Minor, the music that was sung around 1920’s as the part of Rebetiko Festival that’s happening in London now, the first of its kind. Rebetiko is a particular genre in Greek music, it’s often referred to as the Greek blues, because it has this nostalgic quality to it. For the near future, another project I have in my plans is to create a Greek choir in London. I am looking for venue at the moment. It would be weekly meeting for people who want to sing in Greek, either Greeks, or foreigners who want to learn to speak and sing in Greek.

If you could imagine yourself in 20 years, where would you like to be? (In terms of your personal and professional career)

I would love to keep doing what I am doing, keep playing and composing,as well as having more students passionate about traditional music. And naturally, I would like to have some discography, which should come in a near future…

Let’s hope Kalia’s first CD will make it to the shelves of music shops soon. Meanwhile, let’s have a listen to Kalia playing her beautiful nay in a song she composed called Nay Taqsim.